I was asked to create a custom Tomb Raider birthday card and this is part of its design.
Lara’s design is based off earlier game models.

This was quite fun to do since I’ve been a huge Tomb Raider fan for years, I may actually make a large Lara Croft ink and paint piece separate to this.

For the image on the card I used the artwork at just the watercolour stage- later I decided to finish the piece separately with the addition of acrylic ink.

Close ups of ink and texture: 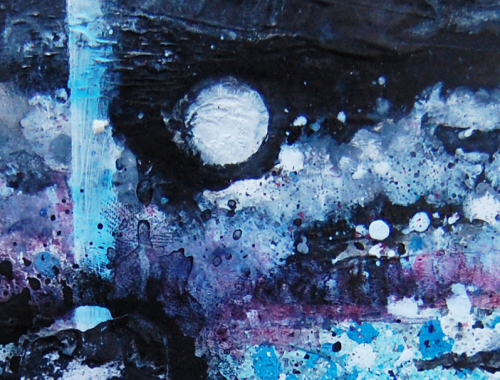 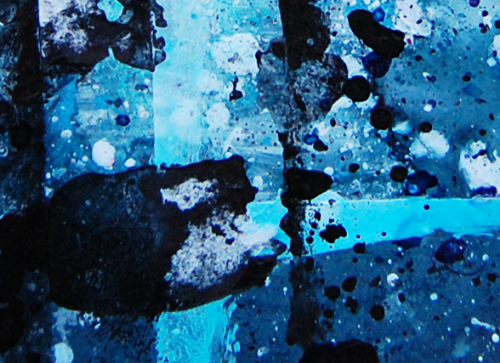 My fourth artwork based on one of the poems in Loqui by Greg Webster that I bought a few months ago.

The first layer of ink started off way more figurative but developed into something a little bit more abstract. I’m quite happy with the development as after the first few layers I wasn’t sure whether I should just throw away the idea and start again. I’m quite happy that I persevered with this piece.

Again with this piece, hopefully you can see my inspiration tangled within the words of the poem:

Where the black rock is silvered with moon spittle

and my own baritones, guttural roars

are the bowed strings of longing,

the song from the hulls of ships gone .

Come in to my cove, wild seas.

but with black wings

I can draw a shadow

where there used to be.

And when the tears are torn from the skies

burrow down into the crook, the cradle of the bay

And I will set us in stone,

if only you stay. 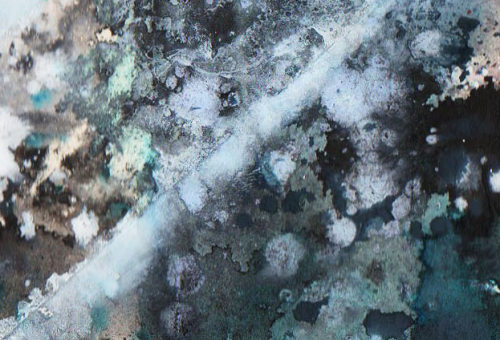 My third artwork based on one of the poems in Loqui by Greg Webster that I bought a few months ago.

I decided this piece would be more abstract than the other so far- focusing on using colour and vague form rather than subject to bring the piece together.

I used acrylic ink along with masking tape and my trusty water spray bottle to manually direct the ink across the card. Waiting for each layer to dry before building up ink colour and splatter.

I used the three middle verses of the poem as inspiration for this piece, hopefully by reading these you can see where my ideas surfaced:

still bitter for being run down

a stone that conceived

a plan to concave.

A score mark for carving

or drilling to a shatter,

at every traffic stop.

It’s cutting across the sky

with a white line

Actually remembered to take a better photo of this with my DSLR.

Psychonauts Razputin card I made for my boyfriend. Raz is the protagonist in the game Psychonauts by Tim Schafer’s game studio Double Fine, one of my favourite games alongside Monkey Island and Grim Fandango.

The card is acrylic ink on handmade paper, attached to cardstock background and folded white card.

Wish I’d have picked a better background image for Raz but there were no complaints.